Undefeated and Craving to Win 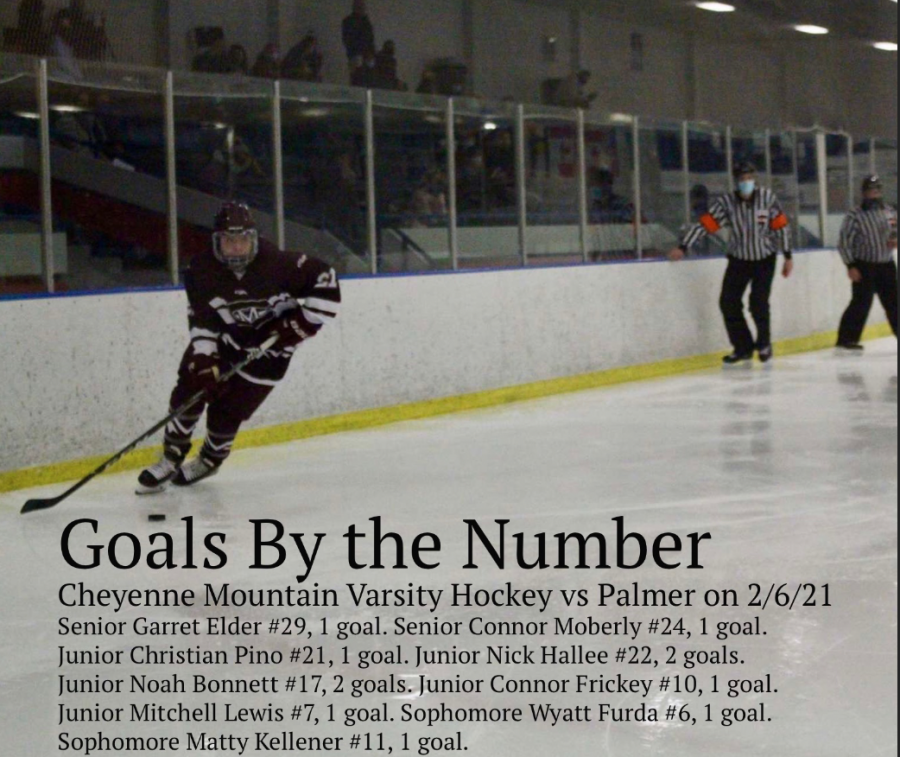 Flying into this year’s season with an undefeated record of 12-0 from last season, Cheyenne Mountain’s varsity hockey team won two games over the weekend of February 5 through 7. With an arsenal of success, the team is determined to fly sky high and beat prior records in hopes of making it to state.

Facing off against Coronado High School at Sertich Ice Center, the team came out with an outstanding win of 9-2 Friday night. As the first game of the season, the boys were determined to come in with fierce plays.

Senior varsity hockey player Will Wuestneck #16, came out strong with the first goal of the game, and the season. Scoring another goal, Wuestneck enchanted the crowd and emboldened his teammates to take the lead.

“Being back on the ice and seeing the boys, is by far my favorite part about this season so far,” said Will Wuestneck #16.

For these boys it’s more than just a game of hockey, it’s a bond and winning their game together.

On a roll, Cheyenne Mountain took on William Palmer at the World Arena and knocked the socks off their opponents with a final score of 11-2 on Saturday night. Coming in hot, the team was hungry for another win.

Varsity hockey player Junior Christian Pino #21 let nothing get in his way, making an outstanding goal from laying on his back. With a thrilled team, Cheyenne Mountain bulldozed their win to the top, all in one weekend.

“The most exciting part is to be around all the boys, work hard, and get better,” said Christian Pino #21. He expressed pride in his teammates, and is absolutely sure that they have more drive and ability than anyone whom they have played against.