6 Reasons Why You Should Read 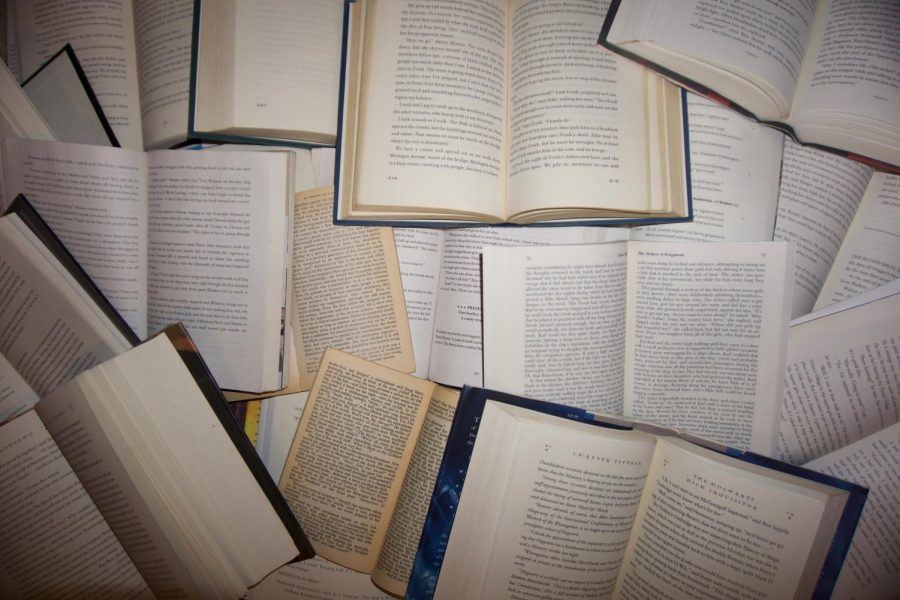 6 Reasons Why You Should Read

It’s 2019 and teens are still dubious about the importance of reading books. The alternative to that today seems to be scrolling endlessly on our phones, making it hard for them to even open up a book.

Here are six reasons why you should think about opening up a book:

Reading makes the brain healthier. A gripping horror novel like It by Stephen King will constantly stimulate brain activity to comprehend the complex plots. Afterall, brains need exercise too to stay healthy. The scholarly journal Neurology stated that even though there’s no cure for dementia, “reading, writing, and playing games” can slow the progress of dementia. Scientist Robert S. Wilson surveyed 294 patients about their reading habits over the course of six years. He then tested their brains for dementia after their deaths which showed that mentally active patients who read regularly declined at a significantly slower rate than those who had an average amount of mental activity. Another study led by psychologist Maja Djikic, reported that people who have just read a fictitious short story have less need for what psychologists call “cognitive closure.” Compared with peers who have just read an essay, they expressed more comfort with disorder and uncertainty, two attitudes that allow for both sophisticated thinking and greater creativity. “Exposure to literature,” the researchers wrote in the Creativity Research Journal, “may offer a (way for people) to become more likely to open their minds.”

At one point or another, we search for identity which books can help you find. Fiction books introduce readers to characters and situations that are easy to apply to oneself. Readers can learn from mistakes characters make, identify with them, as well as opening minds to different people. Metaphors in fiction can be applied to a local aspect to one’s own personality or go as broad as being applied to society. The novel Frankenstein by Mary Shelley, for example, isn’t just a story about a fictitious monster, but a story that demonstrates that all humans have a monster in ourselves. These types of metaphors can bring a better understanding about life itself to readers.

Reading develops one’s ability to focus. With an average human’s attention span decreasing greatly since 2000 according to recent research, it takes a lot for our generation to focus on one task for a long amount of time, reading included. Take the Harry Potter series for example. The seven book series seems daunting to read. Readers who sit through multiple chapters of longer books are more likely to sit through other tasks that require superior focus. Books require active engagement and effort to figure out. Readers must use logic to process information and the more the brain concentrates, the easier it becomes.

The imaginative worlds and plots of fiction can induce creativity in our own brains. Dystopias like Divergent by Veronica Roth or The Giver by Lois Lowry are just two examples of fiction that take readers on a journey to different thought provoking worlds, making wheels in brains turn. With that comes the opportunity to creatively interpret elements. Fiction broadens imagination by stimulating the right side of our brain and reinforces analysis though others’ perspectives. Neuroscientists at Emory University found that reading fiction can improve brain function and that becoming engaged in a book improves how one’s brain can function. Reading fiction was proven to develop reader’s imagination in a way closely related to muscle memory in sports.

Fiction can reduce stress levels in a fast paced world. Reading can calm the brain in just a few minutes. A study by the University of Sussex in 2009  revealed that reading for just six minutes, reduces stress levels by up to 68 percent. When the reader submerges oneself into the story, other troubles fade away into the back of our minds.

“It really doesn’t matter what book you read, by losing yourself in a thoroughly engrossing book you can escape from the worries and stresses of the everyday world and spend a while exploring the domain of the author’s imagination,” cognitive neuropsychologist David Lewis​ told The Telegraph. Recent research found that reading only six minutes per day can “reduce [your] stress level by more than two-thirds.” In fact, as a stress reducer, reading outperforms listening to music, drinking a cup of tea, and taking a walk.

With fictitious offering a wide selection of stories, the different situations and characters build empathy and tolerance towards others. The coming-of-age novel Perks of Being a Wallflower by Stephen Chbosky as well as the novel Wonder by R. J. Palacio, provide readers with relatebly loveable characters facing real life situations that readers often deal with themselves. Fiction does not always have to be about castles and dragons and magic. They can portray everyday problems in our society like mental illness, bullying, and growing up. Readers can also easily relate to characters from dystopias like Katniss Everdeen from The Hunger Games or Thomas from The Maze Runner, because of their human-like qualities. Fiction introduces scenarios that enhances a reader’s empathy through connecting with a character’s struggles. Researchers at Emory University’s Center for Neuropolicy found that areas of the brain that showed an increase in activity wasn’t only the left side which is the language area of the brain but also the right areas of the brain which induces emotions and autobiographical memory. It’s shown that neurological effects can persist even after you stop reading.

With all of that in mind, let’s stop paying fiction dust when it can really help us in our real life while still being a fun and exciting activity. Maybe it’s time to put down our phones, pick up an engaging fiction book and enjoy the benefits that come with it.